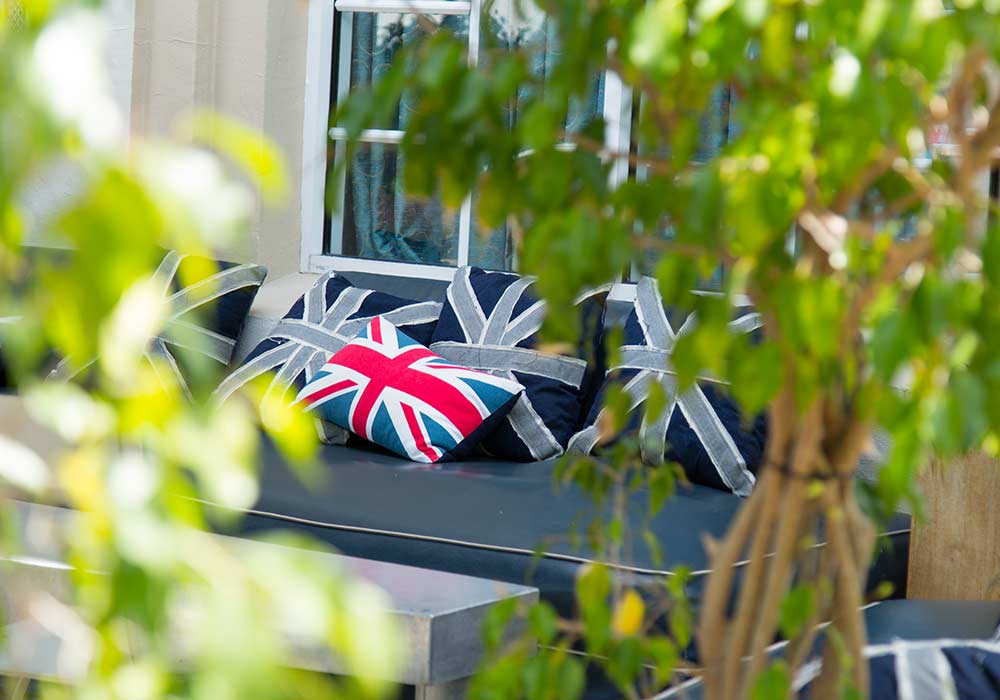 at the Hotel Chelsea in South Beach

British charm has made it to this side of the pond. Chef Christopher Davey has opened his latest creation, The British Garden, at the Hotel Chelsea in Miami Beach. The Boutique Hotel Chelsea in  South Beach is a chic 1936 luxury Art Deco gem that sits in the center of it all on 944 Washington Avenue. At their new restaurant you can expect to find traditional English faves, such as Fish and Chips and Scotch Eggs, as well as some local classic dishes.

I am thrilled to now have a local Miami outlet for proper Fish and Chips. Their beer battered crispy codfish with tartar sauce and mushy peas is my absolute favorite item on the menu.  But the most popular dish among their habitués is the Big Ben Burger: an angus patty (a vegetarian option is also available) topped with melted sharp cheddar and their signature big ben sauce on ZTB brioche with a side of homemade fries.

The British Garden has a mouthwatering list of desserts which includes delicious sweet treats such as a Battered Snickers Bar with vanilla ice cream and a Sticky Toffee Pudding served warm with a toffee sauce you can drizzle over. The Black Forest Trifle with black cherries and cream is one you can’t miss as it was inspired by Chef Davey’s mom’s recipe. 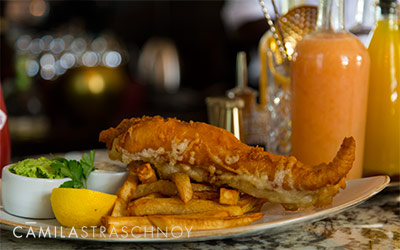 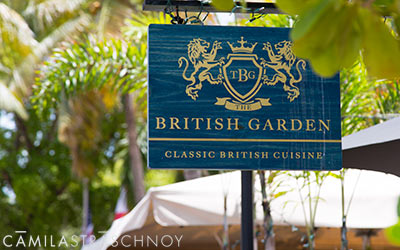 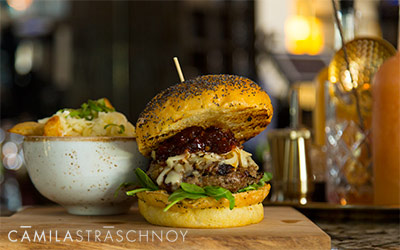 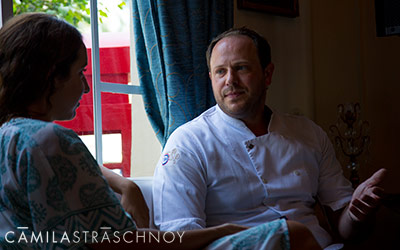 The Hotel Chelsea has a front patio area right on Washington Avenue making it the perfect spot for people watching while sipping on Pimm’s in Miami Beach. If you aren’t a lover of the SoFlo heat you can enjoy the indoor bar and order a pint like a proper Britt. The bar at The British Garden is the perfect spot for some after work drinks with friends and colleagues. 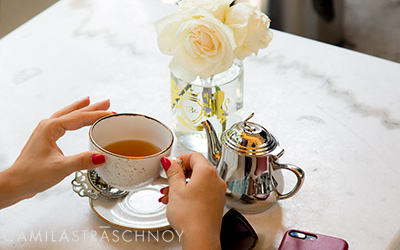 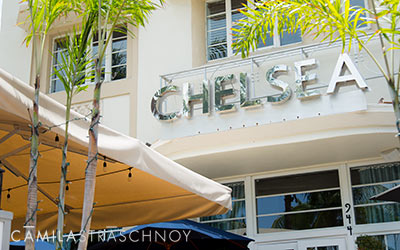 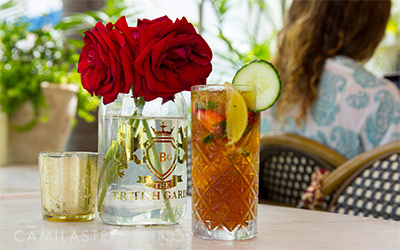 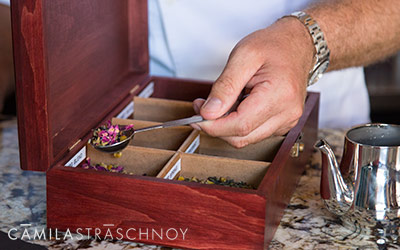 The British Garden offers the traditional English Breakfast, as well as scones with homemade jam, and Eggs Benedict with British bacon with hollandaise sauce, this makes it an innovative brunch option in Miami. Make sure to order a cup of tea as you will be pleasantly surprised by their extensive selection. My favorite was the BG house blend.

The first Thursday of every month they host the Bombay Night. You will be delighted by a special menu of Indian fusion cuisine especially created by Chef Davey while you listen to Asian lounge beats.

Take your taste buds back to the old queen’s country!