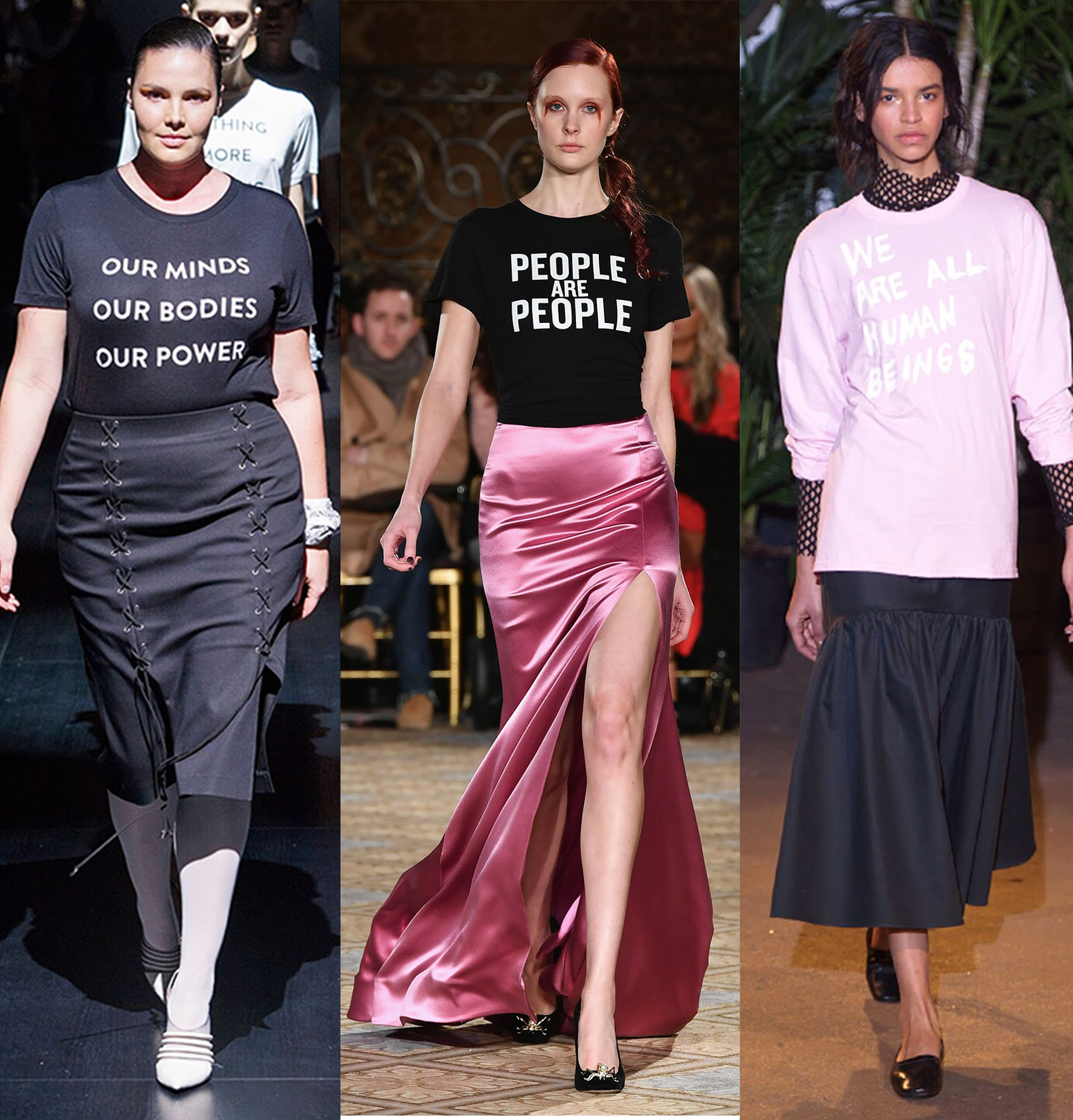 Fashion Weeks are almost over, and that means that we now have a much better idea of what we’ll all be wearing come fall 2017. While the political climate these days may be pure tumult, designers in New York kept things relatively subdued on the runway, with fewer theatrics and more focus on strong, wearable clothing.

Many designers in New York presented collections that commented on politics, gender and race in a prominent way. Like a painter with a brush or a musician with an instrument, the sartorial set utilized the medium of a fashion show to express their viewpoints on the zeitgeist, which largely centered on Donald Trump’s presidency and the policies he has enacted since becoming commander in chief.

This season, the dark colors were replaced with pops of gorgeous jewel tones. Dresses were given an extra hint of luxury with deep velvet fabrics, and as we all want to dress when it’s cold outside (and if you don’t, you should consider starting!), “oversized everything” was everywhere on the runways. Trends such as Americana in quilting and denim as well as the return of the pantsuit with tailoring, tweeds, and checks emerged from this NY Fall 2017 runways. We could also appreciate a lot of metallics, all-over plaid, and swingy fringes.

A few favorite colors of the season also emerged, including deep burgundy and all sorts of bold yellow and sunshine-y gold. 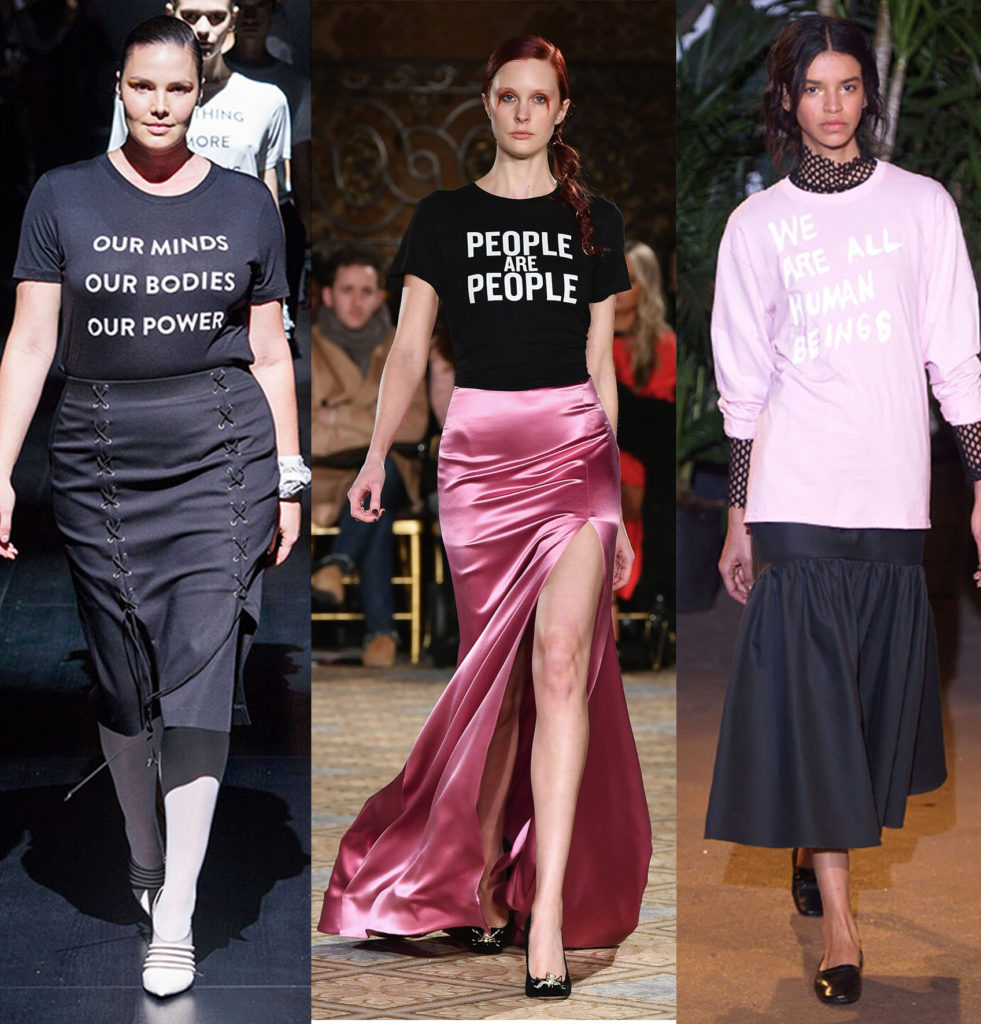 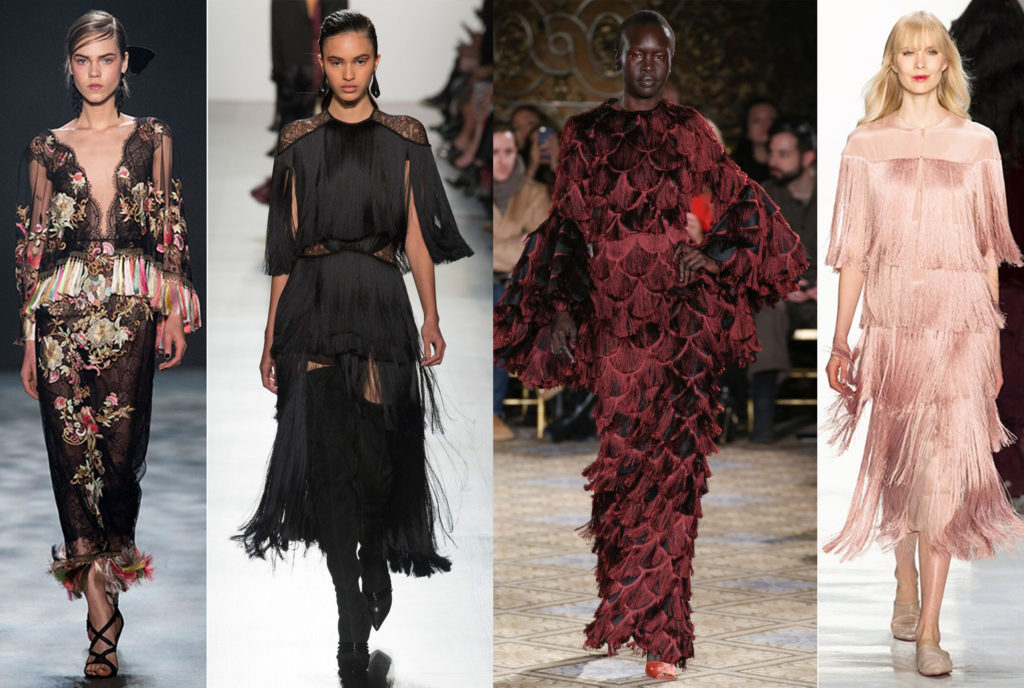 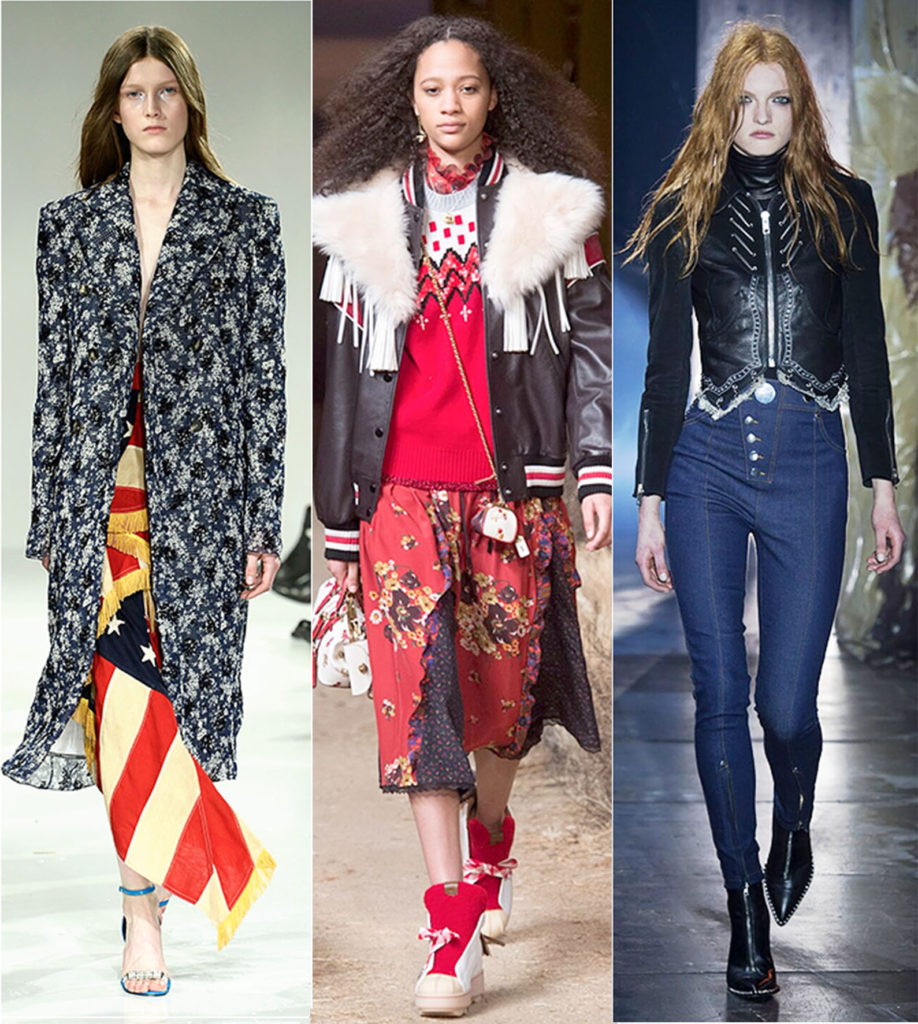 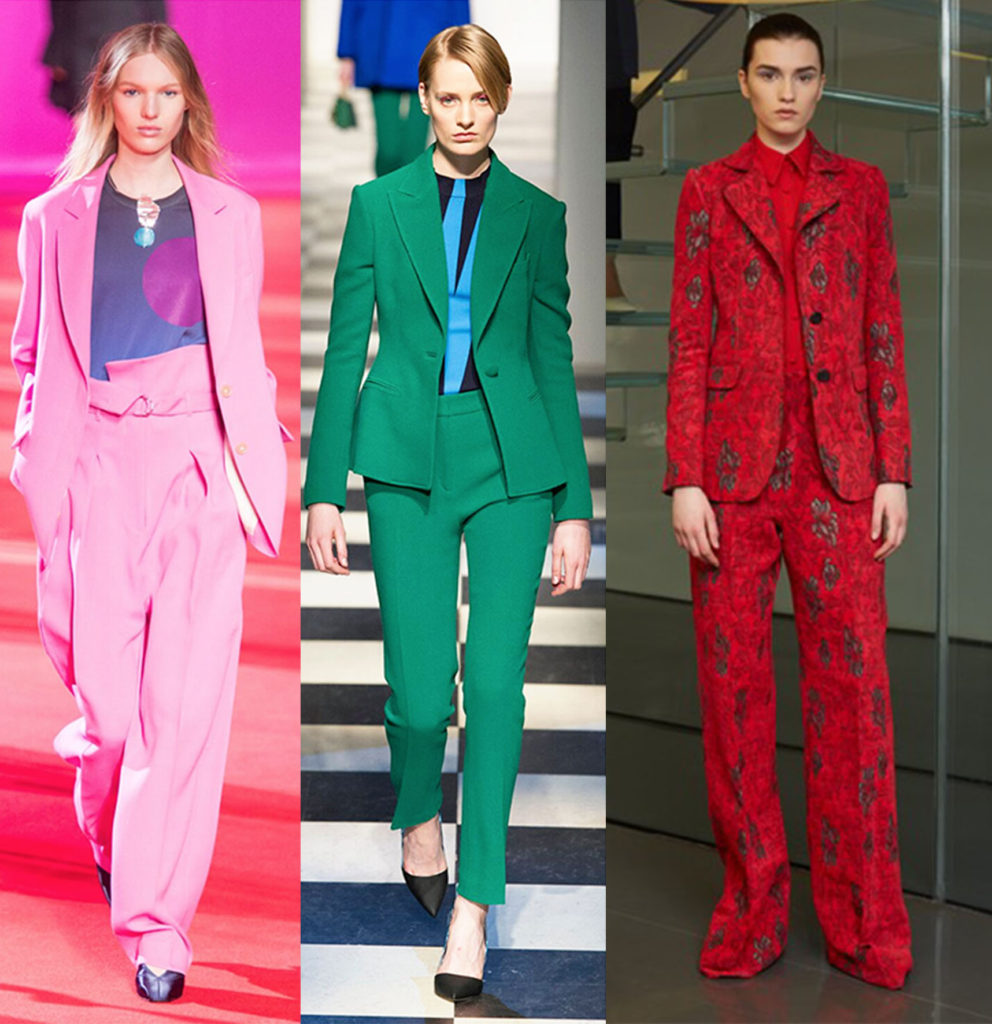 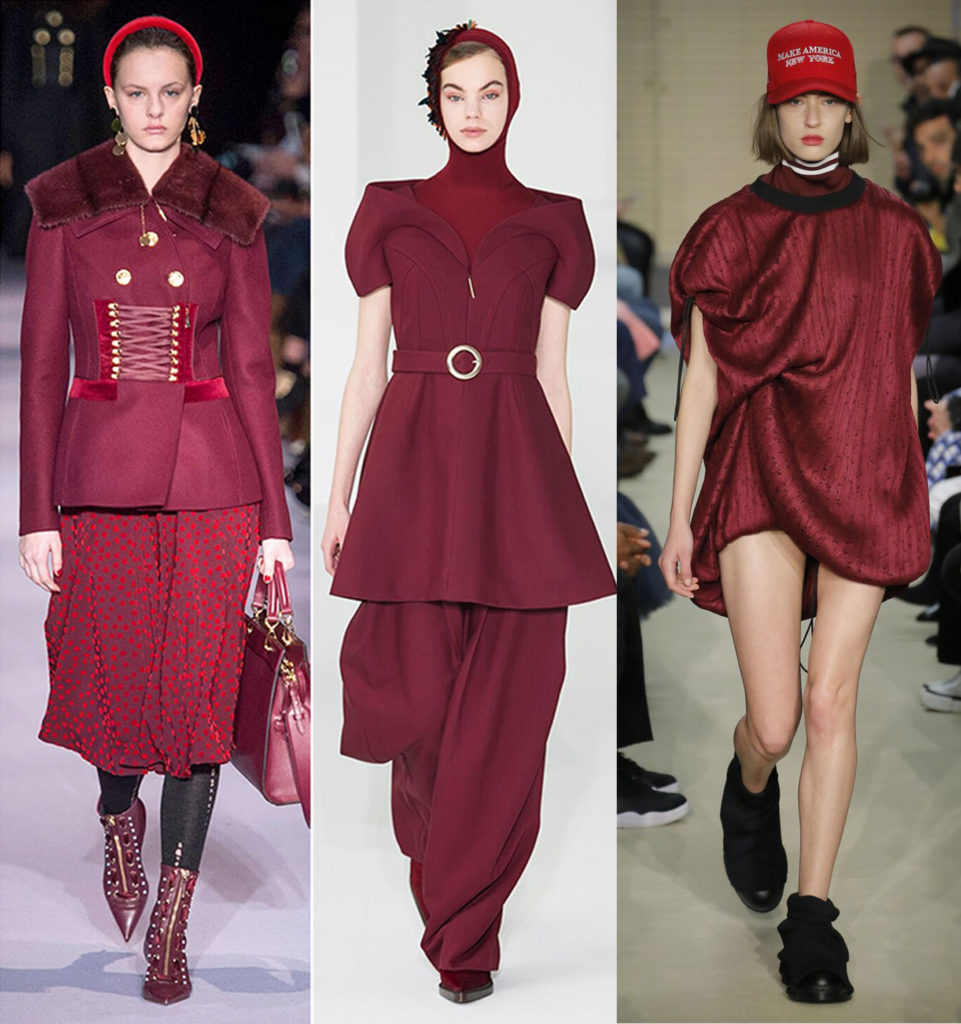 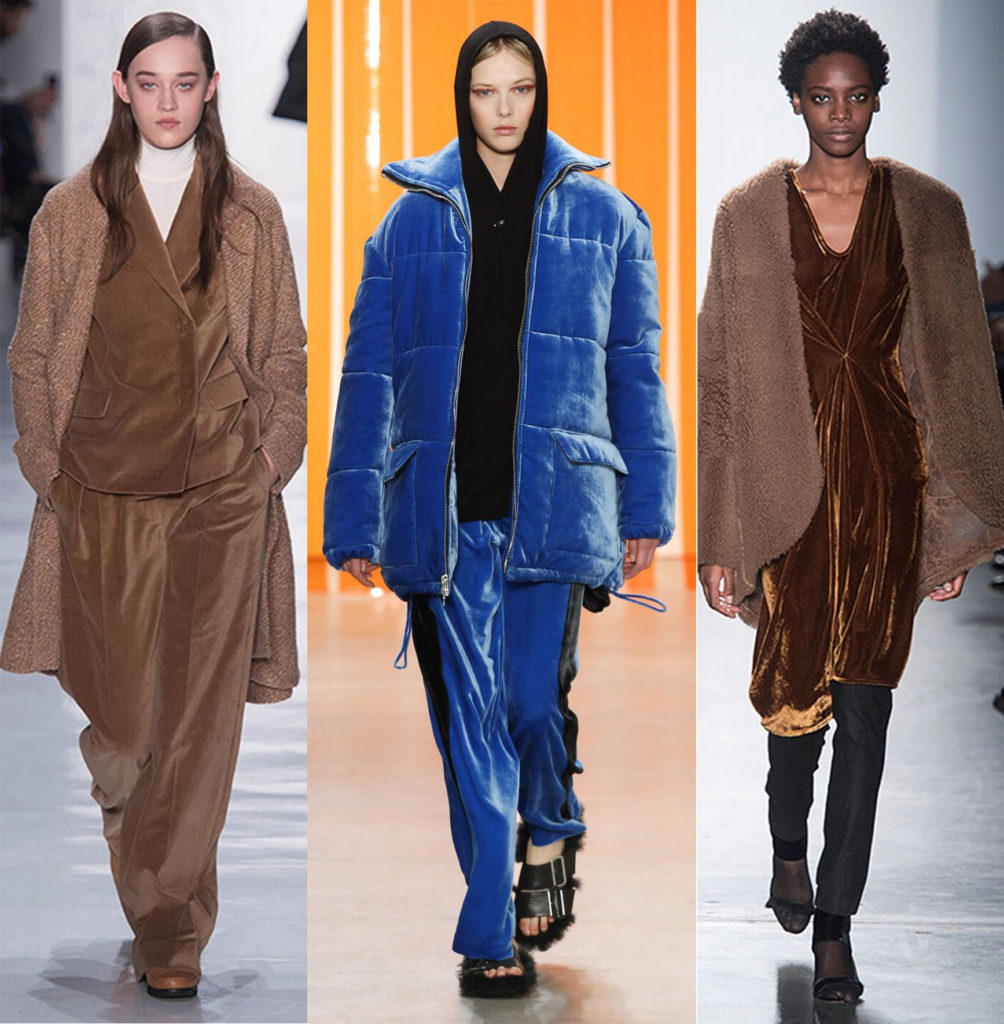 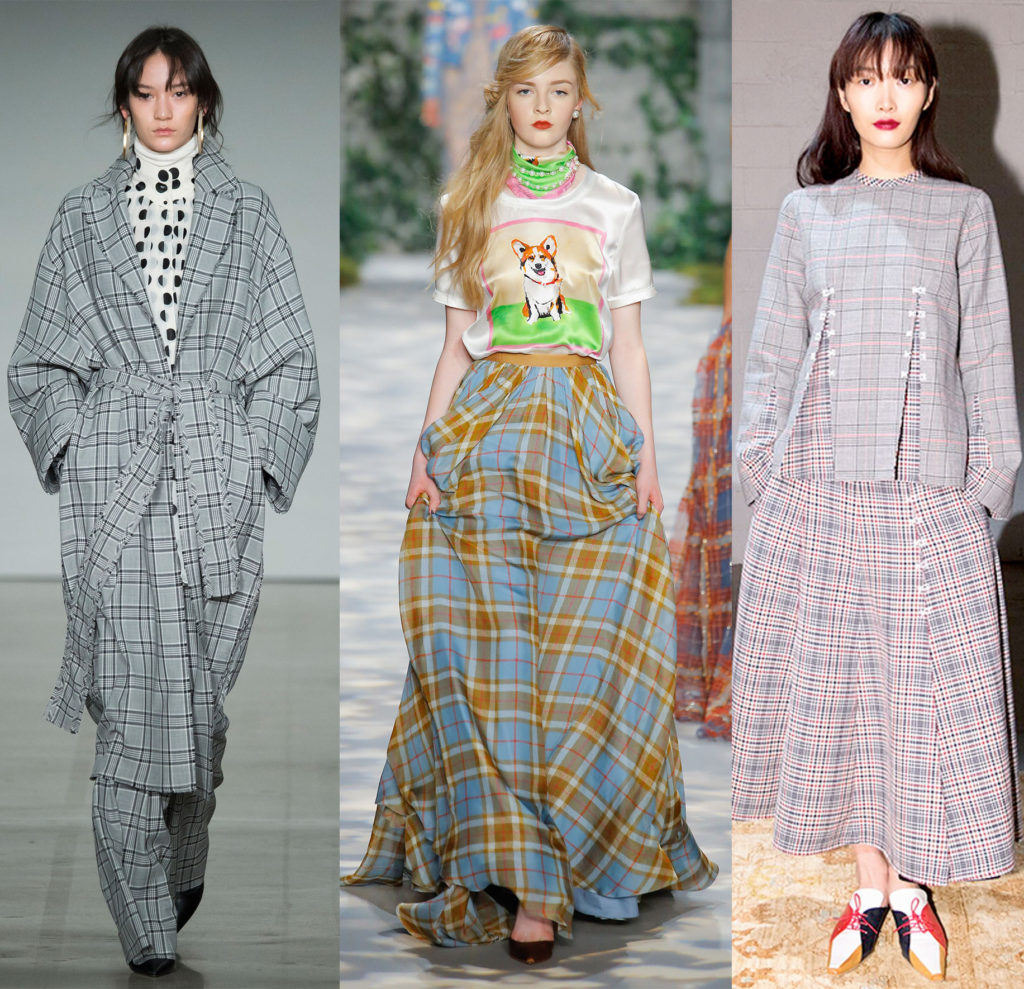 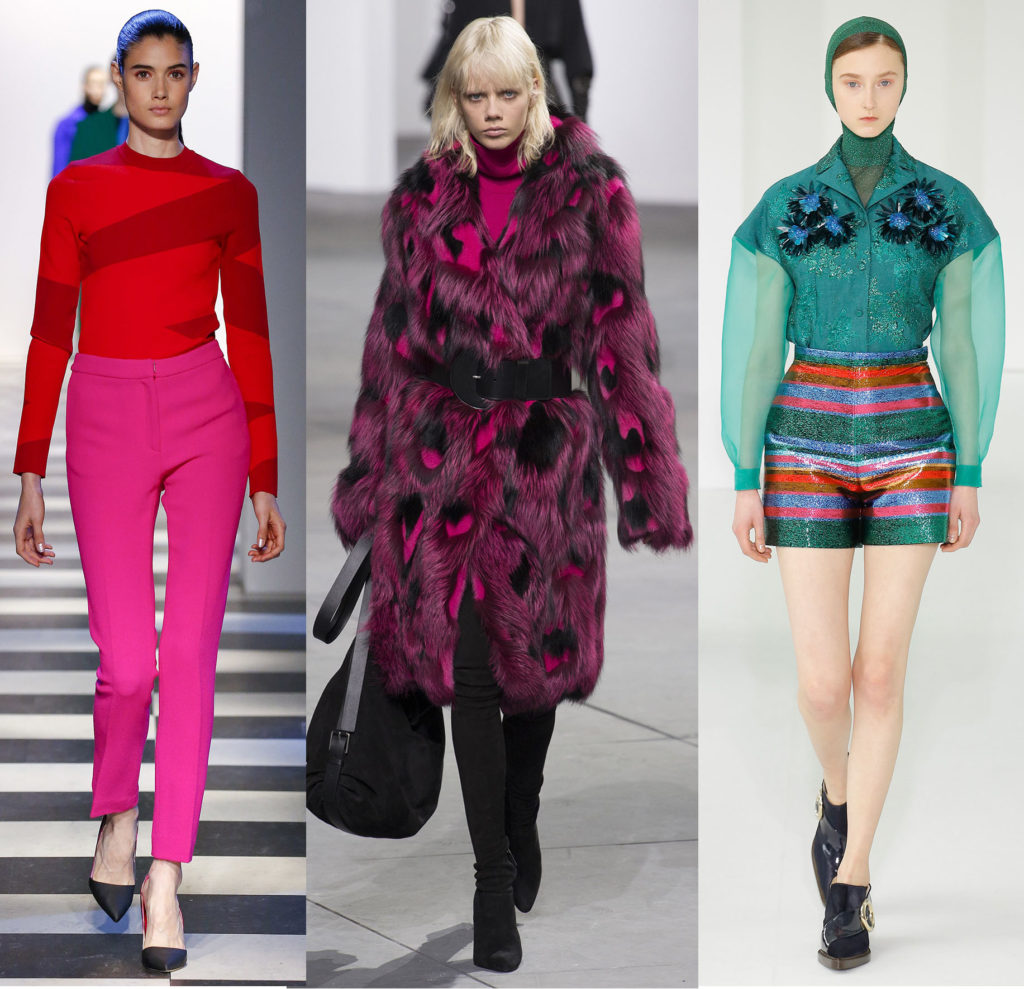