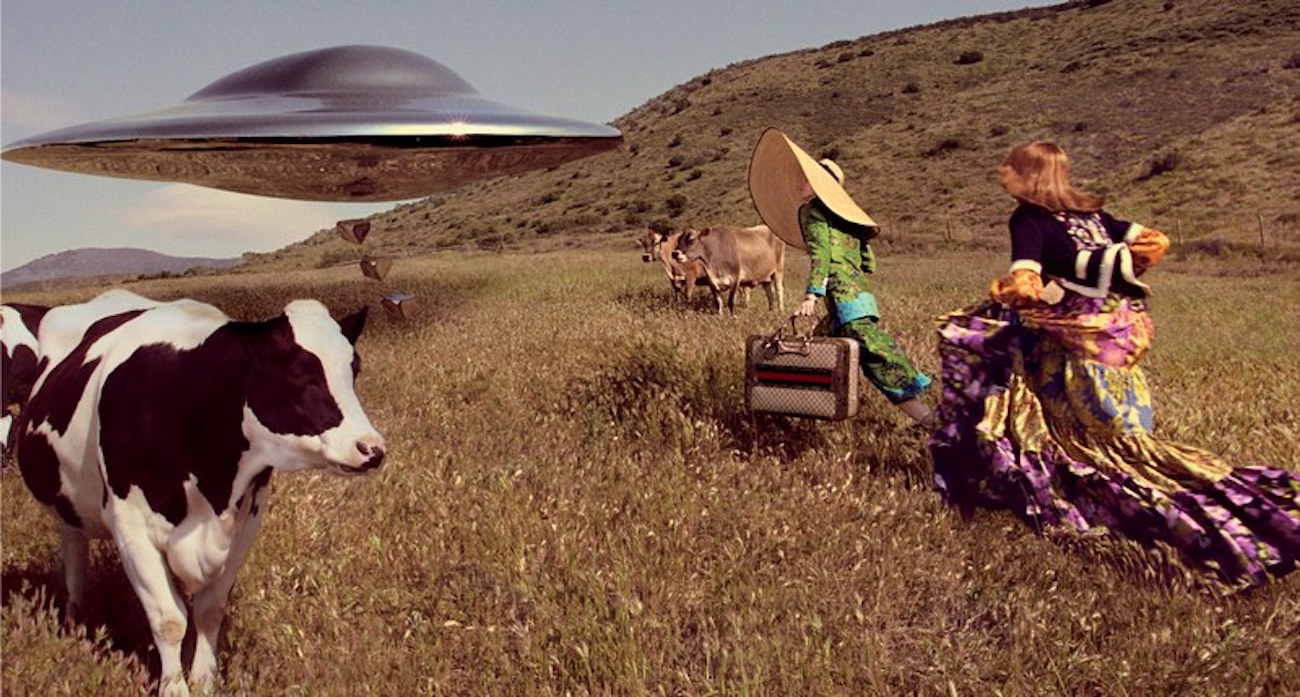 Gucci has released its Fall/Winter 2017 campaign, said to be inspired by classic sci-fi movies in the 1950s and ’60s, as well as the cult TV show, Star Trek. Under the creative direction of Alessandro Michele, Gucci’s designs and the ad campaigns to launch it are wilder than ever before. The collection has it all: pattern mixing, wild embroidery, glittery metallic fabrics, and retro-futurist cultural references. Its a fascinating creative delirium that wowed us all. 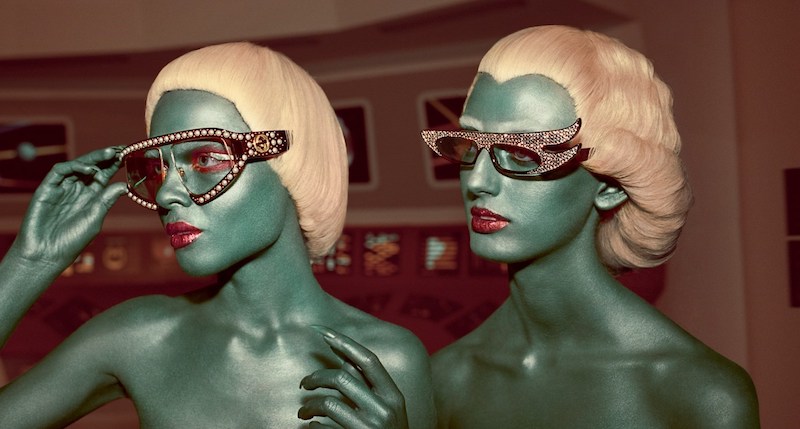 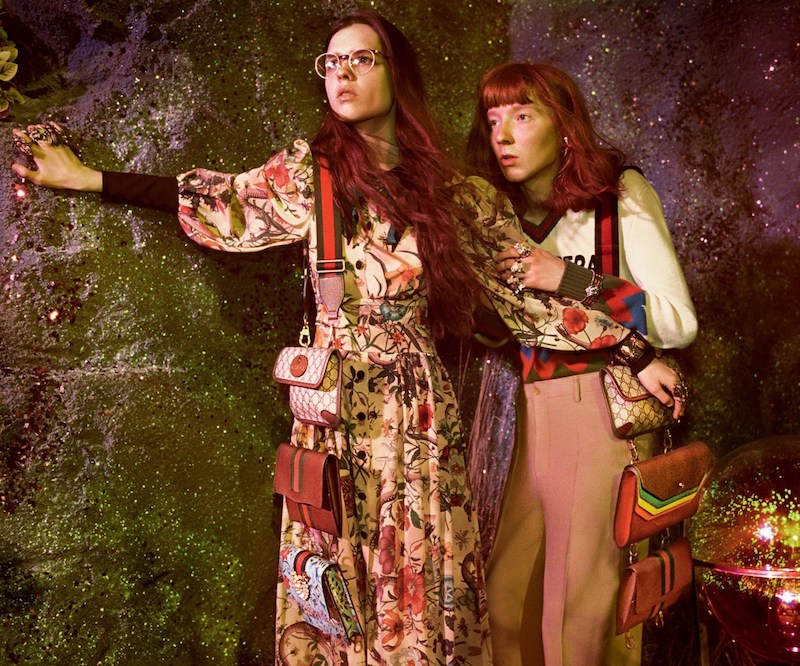 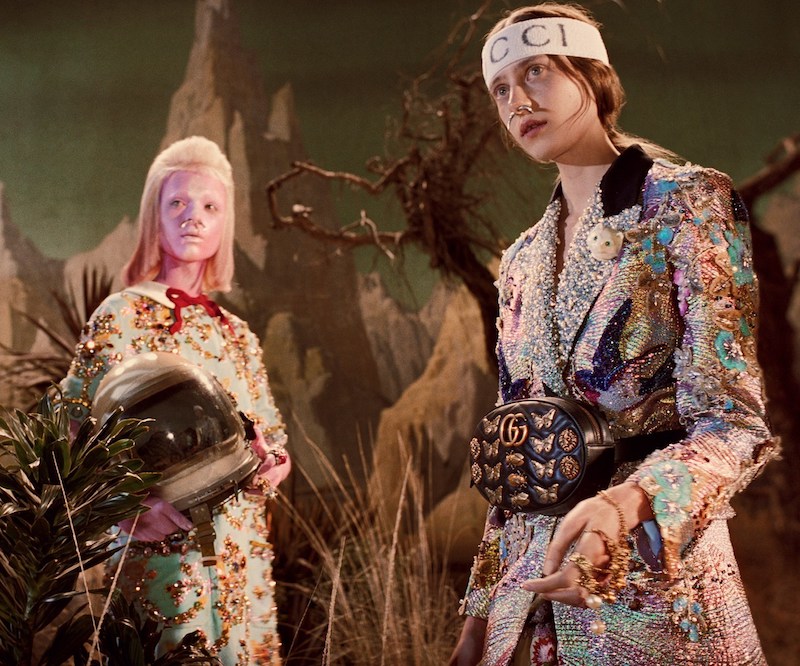 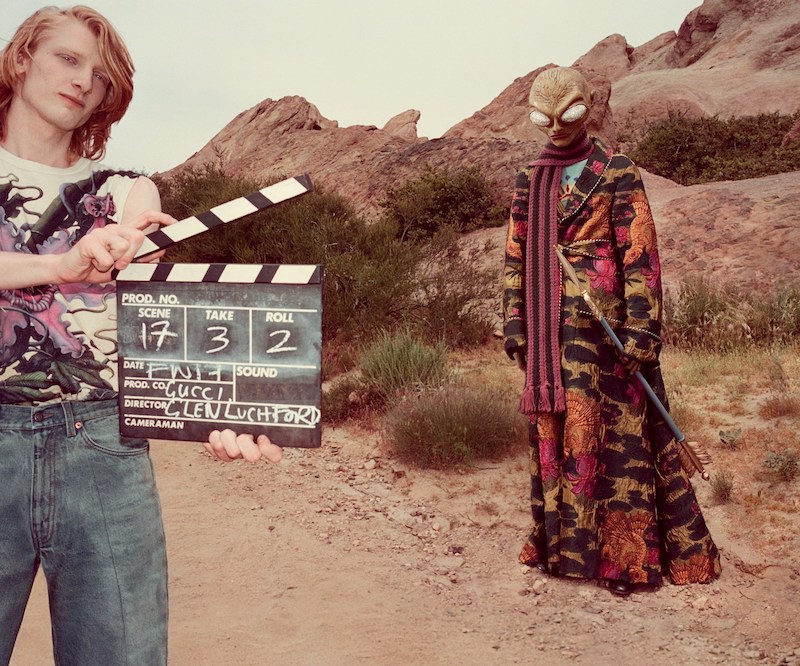 The short film shot by fashion photographer and film director Glen Luchford plays like a film trailer, flashing between moments of action—in one, a series of models are about to be beamed down to an alien planet, while in another, two fend off a Tyrannosaurus rex. Some well-known figures make cameos, in addition to the cast of aliens Gucci devised: The Creature from the Black Lagoon emerges from a swamp, cradling a model in his arms (à la Forbidden Planet); elsewhere, Star Trek set pieces are so prominent that Gucci even credits CBS for the material. One bright red Gucci suit with a black collar looks like the Star Trek captain’s uniforms when plucked off the runway and placed in a spaceship corridor. Gucci influence juxtaposition is shown towards the end when models hurry across a field of grass populated by cows, charging towards a silver UFO hovering over the meadow. And they’re wearing silk and brocade.

According to Gucci, “this season the collection is transported to a parallel universe where a mixed cast of humanoids, aliens, robots and earthlings unite for the Gucci invasion from a galaxy far, far away.”

This is a 360 creative spin in how luxury brands approach advertising and I’m loving it! Let’s see what the competition does now.

Watch the B movie-esque trailer by Luchford below.